Last year I wrote about my rebasing of my Taiping Era figures in a couple of posts here and here. I'd had them based on 30mm squares and I'd come to the conclusion that they'd look good on 30mm x 15mm bases, like my Peruvians and Chileans. I mused at the time that this might be the start of a major project to rebase all of my pre-20th century armies done in Peter Pig style.

I didn't really want to do it, - my attitude tends to be that once it's based, it's based and the stuff is based to last. So when I'd finished the Taiping basing and come to a crashing halt with my mid 19th century French from Lancashire games I put the idea away, or rather closed my mind to it. Life is too short for rebasing.

Then I was up with my board gaming chum Gary's a few weeks back. We were playing SPI's "Seelowe" again, - the July scenario. I was the British and got completely clobbered. Any way, this is by-the-by. Under my malign influence Gary has been draw inexorably towards figure gaming and military history and has started to pick up the odd book, - particularly Ospreys if he can get them cheap. 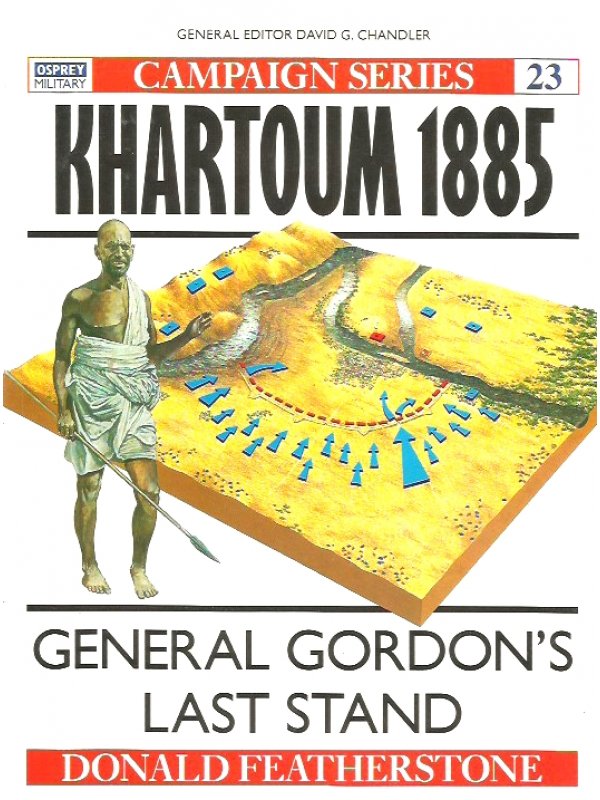 He was quite pleased that he'd picked up some of the Sudan Campaign editions, including Don Featherstone's classic on Khartoum. We discussed wargaming the subject, and I mentioned that we enjoy a bit of British in the Sudan, and suggested we could try  bit of "Science v Pluck" on his next visit to Shedquarters.

Again I didn't think anymore about it as I was working on my Marlburian stuff and getting those rules into shape. As they've got closer to completion I felt I was able to take a quick look in the boxes and think about some scenarios. 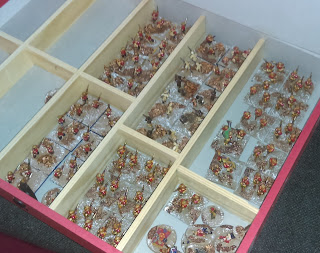 Well, my heart fell. Much as I am a fan of my own work I really didn't like the look of them at all. The three figures on the square bases look okay for units that are skirmishing (although honestly they are a bit close for that) but for a unit that's standing shoulder to shoulder to hold off hordes of Dervishes they just don't look the part.

I quickly closed the box and opened up one for a different army to stop me thinking about it. Alas it was one of my ECW boxes. They looked wrong too. They would clearly benefit from being 3 on a 30mm x 15mm base than 4 on a 30mm x 30mm base. Whatever was I thinking??

To make it worse I had a sneaking suspicion that I'd got a bag of 30mm x 15mm bases on the shelf in the study, so no excuses. Oh curses.

So there was no way out. First thing this morning I put a couple of units in the ankle bath. These are based on plastic, so not so easy to get off as mdf I suspected. Not so after a few hours they were a little bit loose. That enabled me to glue a few  up this afternoon to see what they look like.

Okay, so not a perfect background, but that looks more like a thin red line. As you can see above my boxes are purpose built for my figures, but with these they take up exactly half the floor area, so I should be able to simple double up the figures in each section. That'll help with my storage space.

The cavalry I'll probably put on square bases as they're currently on 30mm x 40mm, but I'll have to check exactly what I've got before I start, as for the Camel Corps I'll need to remember that they need to be dismounted, and taking off a 2 camel base and replacing it with a 3 figure infantry base won't look right. Of course 2 x 2 camel bases becoming one 3 man infantry base might work okay. But for regular cavalry it'll increase the number of bases I can deploy as I'll get three off two of my current bases. Did you follow that?

I think I'll leave the Mahdists on the square bases, however.

That should take care of my summer.

And then the ECW stuff....they're 4 to a base so reducing them to 3 to a base will give me extra regiments. Dammit. Gonna have to do them too. I'm afraid to open any more boxes.
Posted by Trebian at 17:17