Having done some artillery and been pleased with the results, I moved on to some Ottoman cavalry. This decision also followed on closely behind me finishing reading Bruno Mugnai's Helion book on the subject (Century of the Soldier no 55).

I may have to admit here that I might have been a bit cavalier with some of my earlier decision making. I took the view that broadly speaking, in terms of military attire, very little had changed from the late XVIth century to the early XVIIIth.

Well, in terms of outer garb I'm not too far off. There's probably more in the way of kaftans worn over the top of armour, but not always, and the weapons mix is slightly different, especially for foot. Where I am wide of the post is in respect of horses. Looks like by 1700 the heavy full barding is a thing of the past, so I can't really use the horses that come in the two boxes of sipahis I've bought from the RedBox range. Bit of a nuisance.

However, as luck would have it, a few years ago pre COVID, I cleared out a bring and buy selection of plastic soldiers still in their boxes at the Hereward show. This included more Celtic cavalry that I really needed. but they were 50p a box, so what are you going to do? Consequently I had a load of unbarded horses that I'm probably never going to paint. They need more elaborate saddle cloths, but more of that latter. 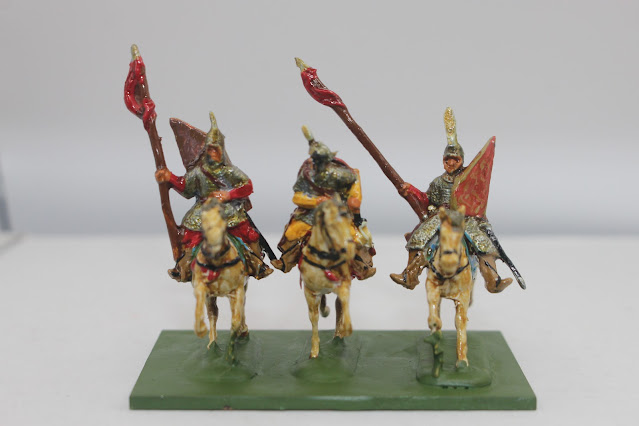 The box comes with 12 figures, two of each pose. My first reaction is that the figures aren't as well defined in all areas as some of the other figures I've got from them, such as from the Jacobite range. Bit of a surprise, as they're 2016 sculpts, and the Jacobites are older. 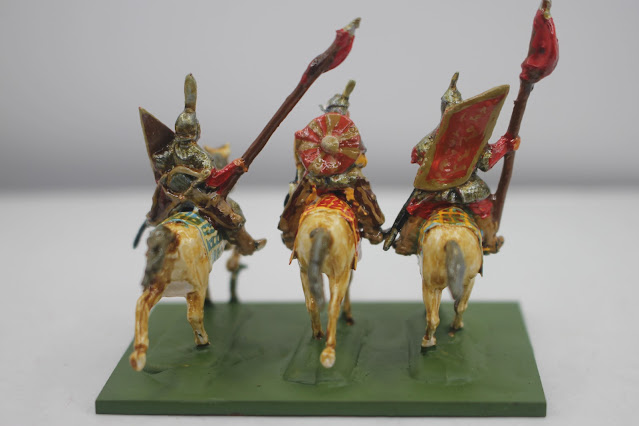 There is detail to pick out. For example the bow cases are really nicely done, but the faces are a bit indistinct. The approximation of mail armour is good, however. 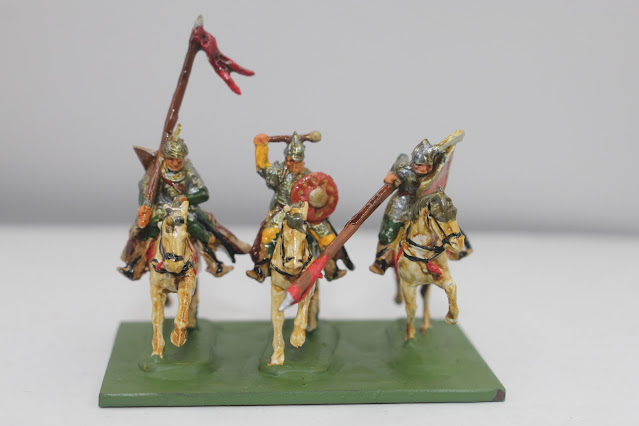 Here's the other three poses. Some of the helmets are a bit early period, but not so much you'd notice without looking really closely. 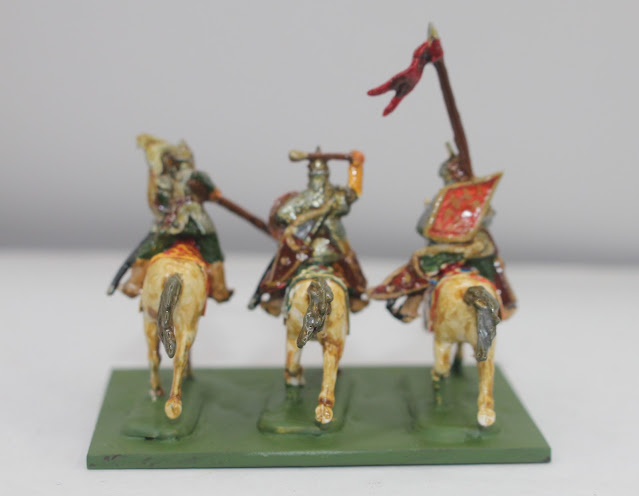 They don't seem to be able to decide if shields are worn slung on the back this year. Fashion, eh? 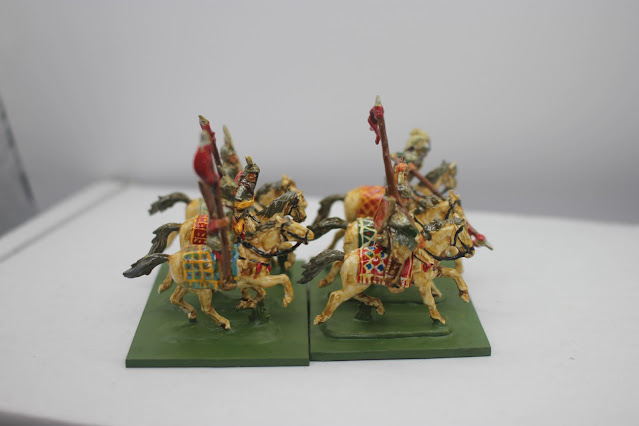 Here they are side on, so you can see the saddle cloths. I considered Miliput and the metal from a tube of tomato paste, but settled for paper. Honestly it's more authentic in terms of thickness and if softens nicely to the horse when you use enough glue. And it takes paint well.
Overall I think they've come out well, but I'd say they are amongst my most disappointing plastics so far. However, even with the replaced horses they still work out at a good unit price.
Next up, some Janissaries.