The Monday Night Group is still not completely comfortable about meeting indoors, so one of our members, Richard, set up a game using Skype.

He's been fiddling about with a set of Wars of the Roses rules for a while. He did Nibley Green a while a go, a game I missed, so I was keen to find out what he was up to. The rules are based around units being in battles, but made up of successive lines. In our game typically the front line was archers, then men at arms/retainers then some form of levy. Each line has different fighting characteristics, and there are good, clear rules for passage of lines, so you can cycle through your battle lines, retiring troops so they can refresh themselves a bit. This creates lulls in the fighting, which is probably correct.

For this evening's entertainment he chose Edward IV's first solo victory, Mortimer's Cross, about which we really know very little, except for the triple sun omen in the sky.

Each battle had a record sheet, which looked like this: 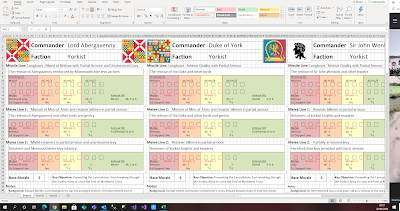 As you take hits you cross off boxes from right to left, so your status drops from green to yellow to orange to red.
Richard deployed the camera at table level. We (that's Tim and me) were the Yorkists. Here's me, surveying the battlefield from behind our line: 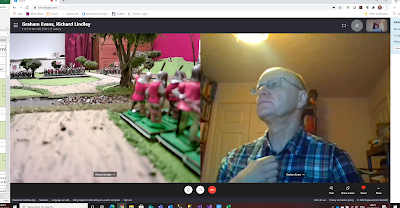 The Lancastrians advanced steadily towards us. We shot at them with our front ranks of archers, with mixed success. Lord Abergavenny had a truly awful evening. The combat mechanism is a simple dice roll against an armour class. The twist is that natural 1s  indicate a depletion of arrow supply, or fatigue if in combat. Commanders can order units to resupply, or rest. They can also do things to inspire their men, at risk to themselves, or prepare to run away if things get a bit dodgy. 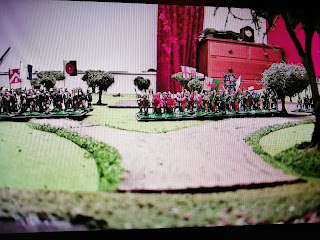 The Lancastrians closed in on us, but we did not waiver, holding on to our position on the stream. 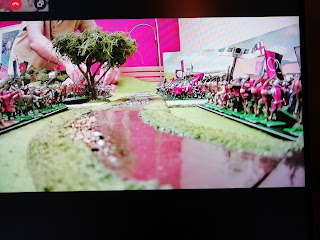 We got very close, shooting at point blank range. The stream inhibited our ability to charge each other. 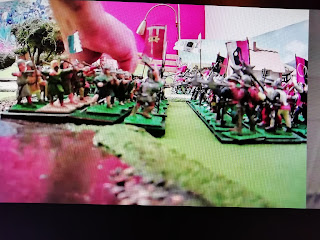 Then they were across, and we charged into them, Edward to the fore in trademark style. 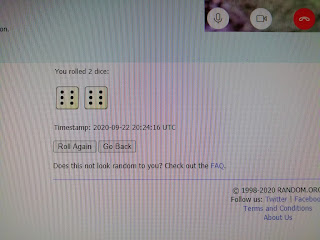 Alas he rolled the dreaded double 6 on the commander risk roll, and so died horribly under some Lancastrian pollaxe.
The struggle became desperate all along the line. Abergavenny continued to have terrible luck against Owen Tudor, but Edward's battle and Wenlock did much better. We finally broke Wiltshire's men on our right, and had Jasper Tudor on the back foot too, so we ended with a bloody Yorkist victory. But at what cost? All hail King George I, age about 11, soon to be married to a Warwick heiress.
An interesting experience. The camera worked really well. Very frustrating not being able to see exactly what was going on, and my record keeping went a bit astray, so I wasn't sure on the status of the various battles as much as I should have bene.
Richard has some good ideas here. He is right, I think, to lay stress on commanders and have them do things each turn. This is something I did with a set of rules for the WotR I wrote over 10 years ago. I see their development predate the blog, although there is one battle report: link.
I liked the way he had the battles constructed, and the passage of lines mechanism. I'm not sure he has the combat strengths right. The melees went on a long time, and that could be shortened, I think. I don't know that he has the balance of archery to melee right just yet, either.
However, happy to do more of this, hopefully sometime in person.